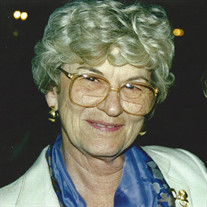 Marian Wright Givens, 94, of Davidson, NC and formerly of Owensboro, KY, peacefully went to be with her Lord and Savior Tuesday, July 20, 2021, surrounded by her loving family. She was born May 26, 1927, in Owensboro, KY, daughter of the late George Silas Wright and Hazel Taylor Wright. In addition to her parents, she was preceded in death by her husband, Wayland Givens. Outgoing by nature, Marian never met a stranger and had many dear friends. Born and raised on the family farm off Wrights Landing Road near Maceo, KY, she learned early on the importance of self sufficiency and hard work, a practice that followed her throughout her life. She enjoyed flower and vegetable gardening, arts and crafts and interior decorating. She relished time spent entertaining family and friends, always cooking more than enough delicious food but professing never to like to cook. Marian graduated from Daviess County High School in 1946 and she was the 1946 Honor Graduate and Editor-In-Chief of the school's annual "Echoes." She graduated from the University of Kentucky in 1951 and was a member of the Alpha Delta Pi sorority. Marian and Wayland met at UK and were married in Owensboro in 1949. After graduation she worked for Green River Rural Electric Corporation in Owensboro and later at the Executive Inn and Cracker Barrel gift shops in Owensboro. She relocated to Davidson, NC in 1999 after Wayland passed away to be closer to her son, Silas, daughter-in-law Jeri, and grandson, Taylor. Most important to her was her family and she will forever be remembered as a loving and devoted wife, mother, grandmother, and friend. The family would like to extend their sincere appreciation to all the nurses, physicians, and staff, at Lake Norman Regional Medical Center in Mooresville, NC. Your kindness and efforts will never be forgotten. Cavin-Cook Funeral Home & Crematory, Mooresville, is serving the Givens family. Condolences may be made to the family at www.cavin-cook.com.

Marian Wright Givens, 94, of Davidson, NC and formerly of Owensboro, KY, peacefully went to be with her Lord and Savior Tuesday, July 20, 2021, surrounded by her loving family. She was born May 26, 1927, in Owensboro, KY, daughter of the late... View Obituary & Service Information

The family of Marian Givens created this Life Tributes page to make it easy to share your memories.

Marian Wright Givens, 94, of Davidson, NC and formerly of Owensboro,...

Send flowers to the Givens family.