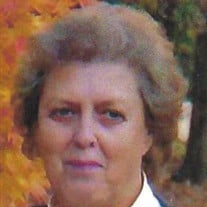 Judy Eason Barnes, 78, passed away on December 11, 2021, after several years of battling kidney disease. She was born on September 3, 1943, in Elizabeth City, NC, to the late Christopher and Frances Whitley Eason. In addition to her parents, she is preceded in death by a brother, Damon Eason; grandchildren, Henry and Noah Barnes. She was known to her family as "Sassy". Born in Elizabeth City, along with uncles and aunts, she grew up on the Perry Farm and would climb the barn and do everything that her uncles taught her, which always ended up getting a stern warning from her granddaddy, W.L. After the family moved to Charlotte, she graduated from Garinger High School. Judy went to work for Home Federal Savings and Loan. She progressed from a teller to the branch manager. After her retirement from the bank, she became a full-time Private Investigator doing background verifications among other tasks. She became quite the photographer, capturing beautiful waterfalls and other photos of nature's beauty. Judy had more talents than you could possibly imagine. She had more bowling trophies then we could find places to display them. She made the most delicious cat-head biscuits and fried chicken. She was always there with her boys either at Scouts, basketball, baseball, or school projects. She was an artist, crafting beautiful ceramics, and her favorite art was quilting. She made a special quilt for everyone in the family. Judy focused on her quilting making until her health slowed her down. She loved to "wind surf" with our neighbor, Claudia. Often, we would have to rescue them if the wind died down. Judy enjoyed white water rafting in several states at separate times. She was an avid NASCAR fan and enjoyed reading in her spare time. She also was an actress with the Davidson Players in a number of performances. Judy loved each of her grandchildren and great-grandchildren. If she could not see them once a week or more, she would start calling and checking on each one. Family, it was always about family. The son's friends called her their second Mom. We traveled across many states visiting quaint B &Bs, small and large towns, waterfalls, mountains, and the coastal regions. Judy and her Aunt Clara traveled to Europe and came home with fabulous memories about their visits in various parts of that country. Most people did not realize how close Judy and her Aunt Clara were. Clara was eleven years old when Judy was born, and they were living on the Perry Farm while W.L. and her dad Chris, worked on the Blimp base in Virginia. Clara was like an older sister, and later more like a mother-daughter relationship. Judy's daughter-in-law, Dawn, had the privilege of giving Judy her grandma name of "Sassy". Judy was a wealth of knowledge and truly a Renaissance Woman. We will miss her dearly and I know that she is hugging and keeping Henry, Adam, and Clara close to her. Judy is survived by her loving husband of 59 years, Mitchel; sons, Phillip Michael Barnes, and Jonathan (Dawn) Barnes; grandchildren, Jordan (Debbie), Isabelle, William, Gabriel, Luke, and Jonah Barnes; brother, Michael Dell Eason (Wanda) of Wilmington, NC. Our family would like to thank Dr. Kimberly Yates and her staff at Nephrology, Huntersville, for taking such special care of Judy. A Celebration of Judy's life will be held on Friday, March 4, at 2:00 PM in the Chapel of Cavin-Cook Funeral Home with Pastor Eddie Karriker officiating. Visitation for family and friends will follow the service. For those who are unable to attend the service, you may go to the following link for the live stream https://view.oneroomstreaming.com/authorise.php?k=1646432251170743 In lieu of flowers, memorials may be made to the National Kidney Foundation, 5950 Fairview Rd., Charlotte, NC 28210, or Carmel Christian Academy - Carmel Education Foundation in "Memory of Henry Barnes Memorial Program" will support CCS's Project Lighthouse mental health awareness club and counseling support for students. Cavin-Cook Funeral Home and Crematory, Mooresville, is serving the Barnes family. Condolences may be sent to the family at www.cavin-cook.com.

Judy Eason Barnes, 78, passed away on December 11, 2021, after several years of battling kidney disease. She was born on September 3, 1943, in Elizabeth City, NC, to the late Christopher and Frances Whitley Eason. In addition to her parents,... View Obituary & Service Information

The family of Judith Eason Barnes created this Life Tributes page to make it easy to share your memories.

Send flowers to the Barnes family.