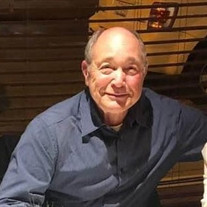 Written by Shawn E. Gross, his son. John James Gross, age 73, who was born in Menomonee Falls, WI and who was living with his wife in Mooresville, NC passed away unexpectedly on Monday, 2/1/2021. I once asked my dad when I was about 19; Dad,... View Obituary & Service Information

The family of John James Gross created this Life Tributes page to make it easy to share your memories.

Send flowers to the Gross family.