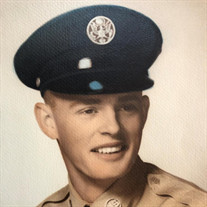 James Blain Brendell, "Jimmy" or "Jim", 85, of Sherrills Ford and formerly of Boone, NC, died peacefully on April 8, 2022 in Mooresville. He was born on July 5, 1936 in Perkinsville, NC, son of the late John Raymond and Mabel Brendell. In addition to his parents, Jim was preceded in death by his brothers J.R., Harry Ray, and Bobby Brendell as well as his sister Sally Champion. Jim grew up in a full household in Boone and graduated in 1954 from Appalachian High School, where he played football as a fullback. After graduating, he proudly served in the Air Force for 24 years. He was trained as a Russian linguist at Syracuse University and was first miserably stationed for 14 months in Shemya Island, Alaska, a place to which he would always refer with a shiver of loathing. Fortunately, he later enjoyed much more pleasant assignments in locations abroad including Germany, Japan, and Okinawa. He absolutely loved the hours he spent flying in RC-130s doing his level best to give the Soviets hell. After retiring from the Air Force, Jim continued serving his country at the National Security Agency. He did wonderful work there as well, but he would cheerfully say he'd have to kill us if he told us the details. After 14 secretive years at the NSA, Jim retired and moved with his wife Carol to a house by Lake Norman in Sherrills Ford. Jim would say he never met an animal he didn't like, especially cats and dogs. You could usually find him walking his dog, his neighbor's dog, or any other dog who fancied a stroll along the lake. When inside, he was rarely without a cat (or three) trotting after him for treats or purring in adoration. All of his animals were "beautiful," even the ones that weren't. Cat(s) in lap, Jim enjoyed puzzling out crosswords, Sudokus, playing card games and reading. He loved a lot of good jokes and probably too many bad ones. He was known for his intelligence, quick wit, dry humor and good-natured grumpiness; as a grandfather, he started as Bompa but his grandkids quickly cottoned on and changed his moniker to Grumpa. When we showed him pictures of himself we deemed lacking cheer, he'd thunder, "I AM smiling!" Nevertheless, he was always game for boat rides on the lake, a $5 cup of coffee, outings to any restaurant, and, as a father of daughters, endless shopping trips where he always found a good bench. He could be bribed to put up with almost anything given the promise of chocolate, wine, beer or any combination thereof. Above all, Jim loved his family. He was a strong and loyal rock, the constant we could never imagine losing. We are clearly trying, but there aren't words to describe how deeply he was loved and how much we will miss him. Ambitious, tenacious, and focused, he once said that if you're going to do something, you should do everything you can to be the best at it. With that in mind, we will try to be the best at honoring his memory - with every pet we own, every chocolate we eat, and every glass we toast. Jim leaves a lasting legacy cherished by his survivors, his wife of 62 years, Carol; daughters, Laura Kennedy (husband Mike) of Huntsville, AL and Carrie Bryan (husband Scott) of Sherrills Ford, NC; grandchildren, Michael Kennedy (wife Jessica) of Fayetteville, GA and Holly Reid (husband Drew) of Huntsville, AL; great-grandchildren, Lily, Miles, Mallory and Emmy; sister, Betty Kupiszewski (husband Bob) of Leavenworth, KS; and a host of nieces, nephews, and cousins. A celebration of life service will be held by the family at 1pm on April 19, 2022 with a graveside service at Salisbury National Cemetery, located at 501 Statesville Blvd, Salisbury, NC 28144. We would like to extend our sincere appreciation to all the nurses, physicians and staff who provided compassionate and supportive care. Your kindness will never be forgotten. In lieu of flowers, memorial donations may be made to Lake Norman Humane, the American Cancer Society, or the Alzheimer's Association.

James Blain Brendell, "Jimmy" or "Jim", 85, of Sherrills Ford and formerly of Boone, NC, died peacefully on April 8, 2022 in Mooresville. He was born on July 5, 1936 in Perkinsville, NC, son of the late John Raymond and Mabel Brendell. In addition... View Obituary & Service Information

The family of James Blain Brendell created this Life Tributes page to make it easy to share your memories.

Send flowers to the Brendell family.