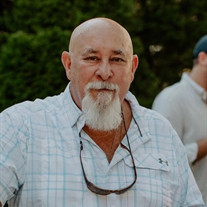 **ATTENTION: SERVICE LOCATION HAS CHANGED! PLEASE CHECK FOR UPDATED LOCATION IN OBITUARY** David Anthony Magazu, age 64 of Mooresville, NC, passed away unexpectedly on Friday, December 17, 2021. David was the loving husband of Carrie (Kanitz) and proud, caring father of five children, Anthony Magazu and wife Paige (Keller) of Fort Mill, SC; Dominick Magazu of Denver, CO; Damon Magazu of Las Vegas, NV; Olivia Magazu of Mooresville, NC; and Roman Magazu of Mooresville, NC. He was born in Taunton, MA on June 10, 1957 to Damon Magazu and the late Carole Magazu. He was the brother of Douglas Magazu of Newtown, CT and the late Daniel Magazu of Taunton, MA. In addition he leaves behind many brother & sister-in-laws, nieces and nephews. He attended Taunton HS where he was a multi-sport athlete. After HS, David attended Springfield College where he was a four year starter for the football team and received a Bachelor of Science degree. After graduation he spent the next 40 years coaching the game he loved. Dave spent 23 years in the college ranks making stops at Ithaca College, Western Michigan, Eastern Michigan, Michigan, Navy, Northern Illinois, Ball State, NC State, Indiana State, Colorado State, Kentucky, Memphis, and Boston College. Dave spent 14 seasons in the NFL with the Carolina Panthers, Denver Broncos and Chicago Bears and 1 season with the Birmingham Iron of the Alliance Football League. While Dave enjoyed the game his passion was teaching, creating long lasting relationships and sense of family ("la familia") in all the towns and teams he had coached for over his tenure and after retirement. Sette Forte! A visitation will be held on Wednesday, January 5. 2021 from 1:00-3:00pm with a Celebration of Life service beginning at 3:00pm at Elevation Church - Lake Norman, 8325 Copley Dr., Cornelius, NC 28021 with Eddie Karriker officiating. For those who are unable to attend the service, you may go to the following link for the live stream https://view.oneroomstreaming.com/authorise.php?k=1641238502157009 In honor of Pah's love and passion for coaching, the family will be wearing sweatshirts from various teams he coached throughout his coaching tenure. Please feel free to join in. We love you all! Cavin-Cook Funeral Home & Crematory, Mooresville, is serving the Magazu family. Condolences may be made to the family at www.cavin-cook.com.

The family of David Anthony Magazu created this Life Tributes page to make it easy to share your memories.

Send flowers to the Magazu family.