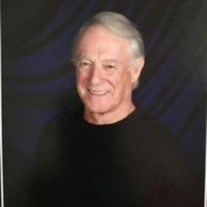 William Robert Pope Jr. (“Bob”) passed away peacefully at home with his family on April 29, 2022, after a brief illness. Bob was born in Rome, New York in 1946, and was the oldest of six children. He grew up in Mount Mourne North Carolina, graduated from St Andrews Presbyterian College, then served in the United States Army from 1968 to 1970. He believed this to be his most complete educational experience. After his military service and honorable discharge, Bob received his law degree from the University of Tennessee and practiced law until two weeks before his death; practicing law was never “work” for Bob, as it was a passion and something he always enjoyed. Bob was a partner at Gullet Sandford Robinson and Martin PLC for over 20 years. Mr. Pope’s legal experience was highly valued by his clients and his peers. He was a founding member and chair of the American Bar Association’s Tax Section on Bankruptcy and Workout Committee, a Trustee of the Tennessee Federal Tax Institute, a member of the Dean’s Council for the College of Law at the University of Tennessee and provided guidance in many forums. He was honored to be elected a Regent of the American College of Tax Counsel - His expertise will be missed. Bob was committed to running or walking five miles everyday in Warner Park or downtown. He ran with the Bulls in Pamplona, Spain. On the 4th of July he ran the Peachtree in Atlanta, on Thanksgiving, the Boulevard Bolt in Belle Meade, and The Country Music Marathaon downtown Nashville. Bob leaves behind his loving wife of 55 years, Marcia, daughter Mary Marcia Simpkins (Blake) sons, Rob(Tammy) and Lee(Mary) . Bob is also survived by three loving grandchildren as well his two brothers and three sisters The family would appreciate donations be made to The Sarah Cannon Cancer Fund 1100 Martin L. King Blvd., Suite 800, Nashville ,TN 37203; Friends of Warner Parks, 50 Vaughn Road, Nashville, TN 37221; Hillsboro Presbyterian Church, 5820 Hillsboro Pike, Nashville, TN 37215; or Avalon Hospice, 2525 Perimeter Place Dr., Suite 105, Nashville, TN 37214 Crawford Funeral Home, Nashville, TN, is serving the Pope family. 615-254-8200

The family of William Robert Pope created this Life Tributes page to make it easy to share your memories.

Send flowers to the Pope family.