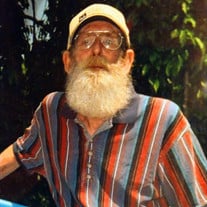 Jeffery Wren Staley, 70, of Olin, NC, passed away on Thursday, February 24, 2022 at Gordon Hospice House in Statesville. He was born on September 20, 1951 in Mooresville, NC, to Pearl Bostian Staley Bell and the late James R. Staley. Jeff was a hard worker and loved his family and computers. He was preceded in death by brothers, Jack, Jerry, and Jim Staley. In addition to his mother, he is survived by his sons, Scott Staley and wife, Brittany, Jamie Staley, Jay Staley and wife, Laura; ten grandchildren and numerous nieces and nephews. The family will receive friends on Monday, February 28 from 2:00-3:00 PM at Cavin-Cook Funeral Home, with a graveside service at 3:30 PM at Prospect Presbyterian Church with Rev. Will Gipe officiating. In lieu of flowers, memorials may be made to Hospice & Palliative Care of Iredell County, 2347 Simonton Rd, Statesville, NC 28625. Cavin-Cook Funeral Home & Crematory, Mooresville, is serving the Staley family. Condolences may be made to the family at www.cavin-cook.com.

The family of Jeffrey Wren Staley created this Life Tributes page to make it easy to share your memories.

Send flowers to the Staley family.