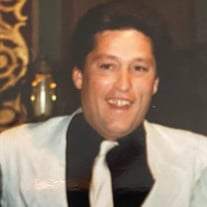 Jeffrey Cristino, 63, of Mooresville, North Carolina, passed away on August 09, 2021. He was born on April 28, 1958, in Queens, New York son of George and Joan Cristino. Jeff enjoyed a lot of different activities starting from painting, to gardening, to cars, to being with his loved ones, gambling, playing poker, fishing with his dad, and going on the water in their boat, remodeling the house, grilling, all the way down to going on vacations near the water with his family. He spent his beginning career purchasing The Old Bethpage Inn from a former officer named Dick Boyd, someone who he looked up to and respected. He then later formed his own painting business shortly after selling the bar, then eventually moved to North Carolina to better not only his life but his wife and children's lives as well. Eventually the painting business slowed down and Jeff went to trucking school, where he later made a career out of, starting off as a trainee and ending as the mentor/teacher. Jeff taught so many people throughout the company of U.S. Xpress not only life lessons but being the best that they could be. Jeff touched so many different lives all around he always told everyone to never give up and always push forward never let anyone have the advantage to have you on tilt as he would say. Jeff had a big family, not all were related by blood, if he made you apart of the family you were a part of it. It didn't matter how many times you fell down as long as you got back up and tried, he respected it. He will always be missed and loved as every day that goes by, he has impacted everyone he has come across in different ways! He is survived by his parents Joan and George Cristino; his siblings George Cristino and Linda Cristino-Burgin; his wife Theresa Ann Cristino; his children Kristin N. Cristino, Amanda R. Cristino and Jeffrey R. Cristino; grandchildren Aaliyah N. Young and Natalia R. Cristino; fur babies Rocky Cristino, Honey Cristino, Mia Mirablie, Lily Cristino, Zeus Cristino and Yoda Koda Cristino; Survived by many nieces, nephews, and other distant family members. A service will be held on August 28, 2021, starting at 4:00Pm at Cavin-Cook Funeral home. Memorial contributions and flowers can be made to 198 Madelia Pl, Mooresville, Nc 28115.

Jeffrey Cristino, 63, of Mooresville, North Carolina, passed away on August 09, 2021. He was born on April 28, 1958, in Queens, New York son of George and Joan Cristino. Jeff enjoyed a lot of different activities starting from painting, to gardening,... View Obituary & Service Information

The family of Jeffrey Cristino created this Life Tributes page to make it easy to share your memories.

Send flowers to the Cristino family.