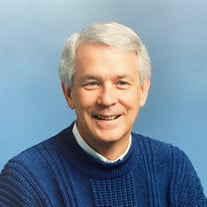 James "Conway" Jolly, 80, of Davidson, NC, passed away on Wednesday, March 9, 2022, at Novant Health Medical Center, Huntersville. He was born November 10, 1941, in Shelby, NC, to the late Clyde Marvin & Virginia Gault Jolly. In addition to his parents, he is preceded in death by a brother, Stephen Jolly. Conway attended Rutherfordton Spindale High School and then graduated Western Carolina University where he obtained a BS in Business Management and Psychology. During his time at WCU Conway was a member of Kappa Phi Chapter of Theta Xi and was the Student Body President during his senior year. He was recognized as "Who's Who Among Students in American colleges and Universities." After graduation Conway went on to work in Human Resources for several major companies including Mead Paper, RCA, Rockwell International, General Instrument and Mercury Marine. While Conway had many educational and professional accomplishments - he was most proud of his accomplishments outside of the corporate world. Conway was a loving husband, brother, uncle, cousin and friend. He was an accomplished author and photographer. Many friends and family members over the years grew accustomed to receiving Jesse Jolly's Journal and Bailey's Blog to learn about Conway and Sandy's latest travels and life updates. He also wrote a one act play called "301 Walker Street" and many spoof newsletters for the entertainment of family and friends. Conway's "Double Rainbow" that hangs proudly in the homes of many family and friends, was taken from his home at Lake Norman, NC. Conway was known by his friends and family by many names including Sweetheart, the Old Man, The Entertainer, Uncle Geezer and Papa J. He brought along his infamous "Herman the Flea" act to all family gatherings to spread joy with his nieces and nephews. Conway was the Keeper of the Klondikes. He had an undeniable sweet tooth and it became a running joke that at any gathering Conway attended there would surely be ice cream...chocolate of course. Conway's sweet tooth was nothing but a reflection of who Conway was to us - sweetheart. Conway is survived by his loving wife of 51 years, Sandra Jolly; brother, Richard Jolly (Janet) of Forest City, NC; sister-in-law, Cheryl Jolly of Harrisburg, NC ; nieces and nephews, Becky Reed, Elizabeth Blanton, Amy Jolly Kennedy, Patricia Hopkins, Michele Connelly, Brian McComas, Andy McComas, Richard McComas, Jr., and Leo McComas and numerous great-nieces and nephews. A Celebration of Conway's Life will be held on Sunday, March 27, at 2:30, at Lake Norman High School, West United Methodist Church, with Rev. Dr. Andrea Smith officiating. For those unable to attend, the service will be live streamed at www.headingwest.online.church. In lieu of flowers, memorials may be made to West United Methodist Church, P. O. Box 5077, Mooresville, NC 28117, Parkinson's Association of the Carolinas, 601 W. Fifth St., Suite 140, Charlotte, NC 28202 or to The Stephen A. and Cheryl C. Jolly Family Scholarship which can be reached at crowdfund.uncc.edu/jolly. Conway fought a brave fight against Parkinson Disease for 25 years. Thank you to all the workers at Schramm Health Center of The Pines at Davidson for their kind, loving care of their Papa J. Cavin-Cook Funeral Home and Crematory, Mooresville, is serving the Jolly family. Condolences may be sent to the family at www.cavin-cook.com.

The family of James Conway Jolly created this Life Tributes page to make it easy to share your memories.

James &quot;Conway&quot; Jolly, 80, of Davidson, NC, passed away on Wednesday,...

Send flowers to the Jolly family.