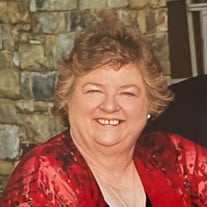 Diane Justine (Fox) Van Derveer, 71, of Mooresville, NC passed away on Sunday, January 30, 2022. Diane was born in Brooklyn, NY on June 24, 1950 to Howard and Dorothy (Bender) Fox, sister to Linda Susan Dorey and Stephen Gordon Fox. She attended Longmeadow High School in Longmeadow, MA and JFK High School in Wheaton, MD before playing varsity tennis at Wake Forest University for 2 years. Diane was married for 45 years to former FBI agent, Peter Charles Van Derveer, d. August 18, 2015, and together they had 2 children, Andrew and Michael. Diane is survived by Andrew, his wife Lauren and their children Emily Grace and Brooke Ashley, and Michael, his wife Laura and their children Michael and Lee Barclift. Diane wrote for 20 years for the Westford Eagle, covering all types of high school sports, where she was later inducted into the Westford Academy Athletic Hall of Fame in 2012 for her contributions. She was a two-time past President of the Hidden Valley Home & Garden Club and was a contributing member of West Chelmsford United Methodist Church for many years. After 31 years in Chelmsford and Westford, MA, Diane and Peter retired to Mooresville, NC, where she was the President of the Mooresville / Lake Norman Newcomers. Diane and Peter traveled to Alaska, Hawaii, Canada, the Caribbean, including the Panama Canal and transatlantic from Florida to Portugal and Spain. They enjoyed many Newcomers and Golden Boys activities together with their many friends around Lake Norman. The family will receive friends from 2:00-3:00PM on Friday, February 4th with a memorial service following at 3:00PM at Heritage House of Cavin Cook Funeral Home, 494 E. Plaza Dr, Mooresville, NC 28115. Cavin-Cook Funeral Home & Crematory, Mooresville, is serving the Van Derveer family. Condolences may be made to the family at www.cavin-cook.com.

The family of Diane Justine Van Derveer created this Life Tributes page to make it easy to share your memories.